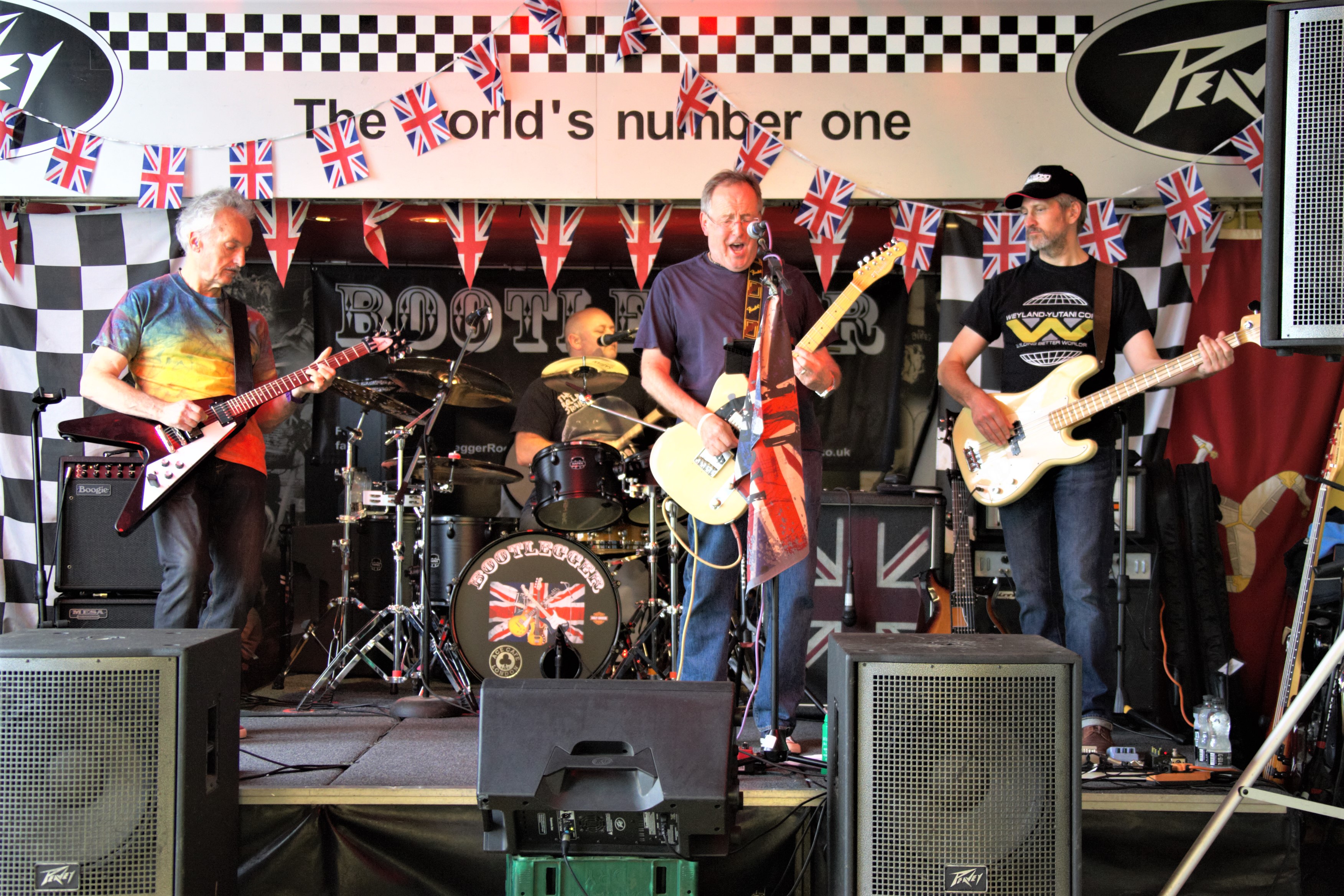 Bootlegger are four devoted fans of classic rock who came together nine years ago to play music from the great rock bands of the 60’s and 70’s. Bootlegger pay close attention to recreating the feel and sound of classic rock, from AC/DC to Zeppelin, with the occasional more contemporary pieces thrown in.

Bootlegger are based in Oxfordshire and perform at pubs, clubs and festivals in the South of England, including the Ace Café London, Chinnor Bike Dayz, Music in the Park Thame, Haddenham Beer Festival and the Dirty Donkey.